A downloadable game for Windows

BREAKING NEWS: a new archeological site has been found that will change the future of mankind. A temple frozen in its own time-bubble and long lost to the ages has been discovered amidst a frozen wasteland.

Atzlan uncovered is a third person adventure / puzzle / exploration game featuring a young explorer setting out to uncover the secrets that lay hidden in the tropical oasis.

Use your equipment and your wit  to reveal the past and enter the temple to find out what is causing this place to be finally revealed to the world for what was once lost in the snow, has come forth in the thaw.

Go Forth, as adventure awaits!

This was our entry to the 2020 ue4 springjam. We decided to go with a metaphorical meaning of the proverb: 'nothing remains lost forever'.

We are currently continuing development of the game!

Left joystick: character movement
Right joystick: camera movement
A to jump
X to interact with objects
Right Trigger to shoot.
Left trigger to aim
Right shoulder to switch between running and walking
Push down left joystick to sprint.
Double B to roll

List out any assets that were not made during the jam

Advanced LocomotionSystem.  - We used a heavily modified version replacing the character, functions and couple of animations to fit the needs of the project.
Fonts
Drone Model. - Downloaded and modified. New UVS and texture, rig / skin and animation all done by us for this submission.
Megascans.  - We used a couple of megascan decals all around the place and 1 or 2 meshes which we retextured to fit our art style.
Aztec Scans. - CCo scans we modified by retexturing and sculpting over them to fit our stylistic needs.
Tropical jungle pack - Modified textured to fit style.

There seems to be an issue in the temple. I managed to open it and get both light beams directed inside. However, one of the two beams, the one that is supposed to be reflected by the smaller reflector, stops mid-air for no apparent reason. Apparently it thinks there is an obstacle where there is none. That means it cannot be reflected as it doesn't reach far enough.

We loved your game. It's well put together and the environment is beautiful, but I think we broke it, so we were unable to complete it. If we were simply doing something wrong, please let us know!

oh no! looks like something broke when we added the settings menu. We are still working on the game and releasing an update in the near future! Thank you for playing.

The Game is spectacular, it could be on steam.

The only problem is not having the save game system.

I also produce on Unreal Engine, take an eye on my project

thanks for the kind words!

It's amazing! I really like it to much! It's my favorite game!

Thanks for paying and the kind words!

Can you please add settings to change quality. Because my comp doesn't render this :)

we are going to update the download file soon. :)

Hi, Thank you for using my asset Tropical Jungle Pack! I hope you're happy with the pack.
Really like the result. I'm downloading now. :)

Hi there! we are more than happy with the pack! do let us know what u think of our entry :)

Will this work on windows 7?

it should, as long as you have a 64-bit system.

thanks for giving it a try!

Well it turned out. Only the last cut scene slows down. Will there be more levels ?

Thanks for playing! No further development is planned in the near future.

Nice setting/world, the music puts you in an "otherworldly" mood, and the puzzles  are good and increase in difficulty over time.

If you can come up with one or two other mechanics besides the light beams, this might become a good puzzle adventure in the spirit of the first Tomb Raider (minus the platforming).

Only slight problem is that when you first need to use the "Time bubble" feature on the broken bridge, it's rather hard to actually hit the bridge because it just consists of ropes. I bombared the opposing canyon wall with time bubbles. Since at this point the player doesn't know what to expect from the feature, it's IMO not the best way to introduce that feature.

But again, just a small remark on an otherwise great game. Thanks for making it!

thanks for playing and the kind words! 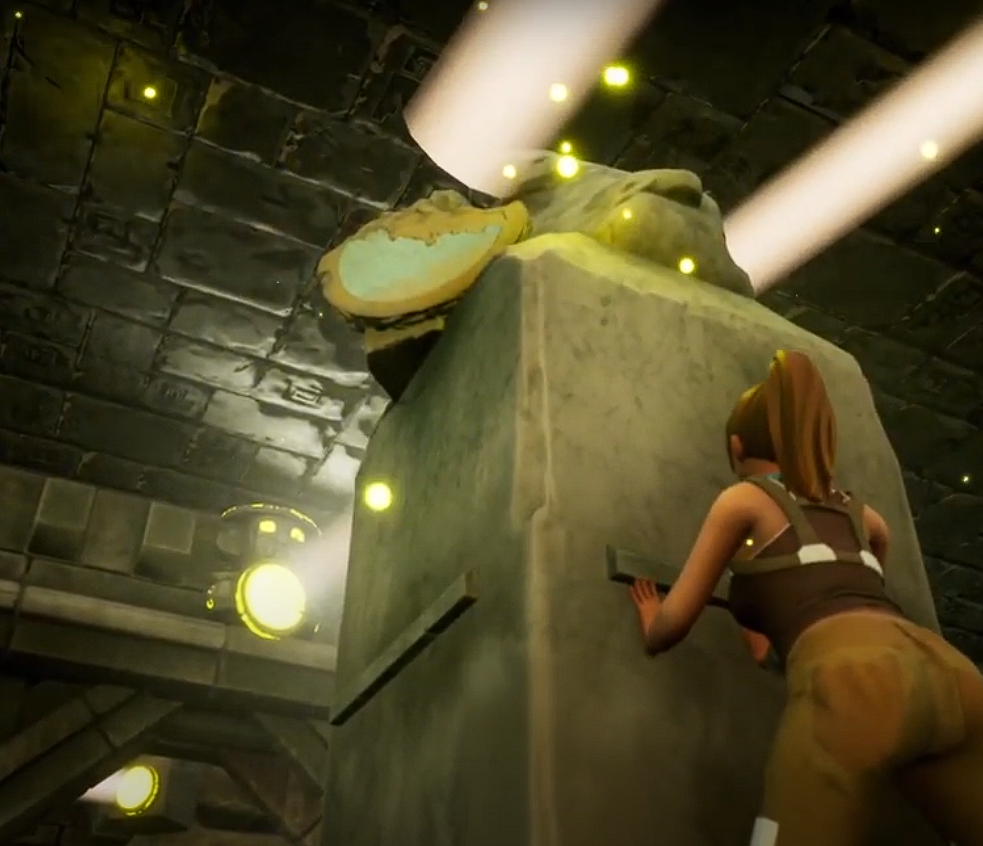 im stock at the second beam solution. it looks like the beam got cut out.

We are aware of this issue and are releasing a fix soon! Thank you for letting us know.

Beautiful game by the way.. keep up the good work . 🤟 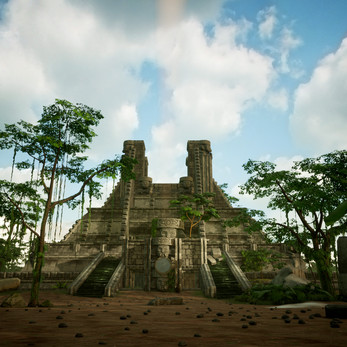 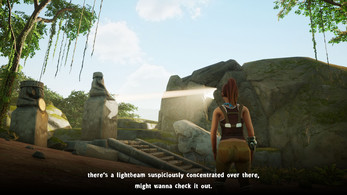 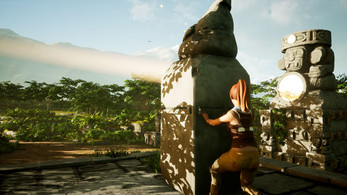 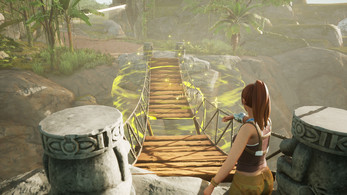 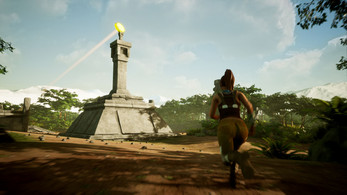 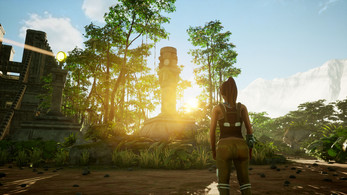 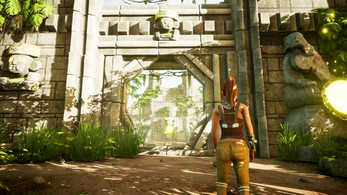